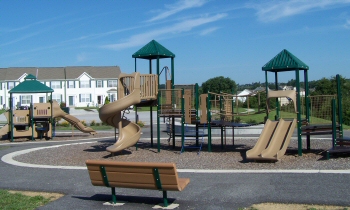 In early 2009 a Citizens Advisory committee was created, at the direction of the Board of Supervisors, to determine the recreational needs in our fast growing community. After several months of community input and the assistance of JMT Consultants, a recommendation for a Neighborhood Park in the Jackson Heights Development area and a larger Community Park that will offer various opportunities including multiple athletic fields was given to the Board 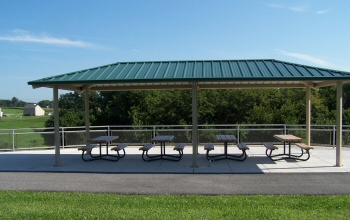 of Supervisors for consideration. A grant from the Pennsylvania Department of Conservation and Natural Resources was awarded to the Township in 2009. This park was constructed with a combination of grant dollars, developer recreation fees paid to the Township, the Township Pubic Works Crew labor and volunteer efforts from the community. The park was completed in 2011 and a ribbon cutting ceremony was held in the spring of 2012.